The international community must respond to the refugee crisis caused by fighting in South Sudan in the same way it responded to the crisis in Europe, the UN refugee chief said in Uganda on Monday.

“Uganda is in the middle of an unstable region and being a stable and peaceful country they are somehow compelled to receive thousands of refugees everyday. In Europe the same number of new arrivals per day could bring governments down,” Filippo Grandi said.

The UNHCR, says 88,533 people have fled South Sudan for Uganda since July when fighting broke out between rival factions in the capital of the world’s youngest nation.

Uganda, among the world’s poorest countries, has been praised for hosting nearly 320,000 South Sudanese refugees as well as others fleeing political unrest and violence in Burundi and the Democratic Republic of the Congo. 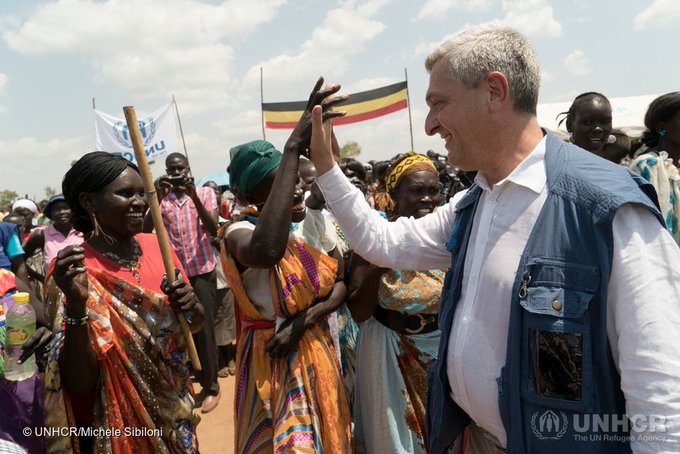 “Peace has to come to #SouthSudan”
– @RefugeesChief in Uganda, meeting South Sudanese forced to flee their homes

The UNHCR has received less than a third of the funding needed to cope with the humanitarian emergency compared to over two-thirds for the refugee crisis in Europe, Grandi said. “This is not right, we need to put this right,” he said.

Grandi was speaking at Pagarinya Settlement Camp in northern Uganda where more than 22,000 refugees arrived within two weeks of fighting breaking out in the South Sudanese capital, Juba.

The UNHCR registers all of the South Sudanese migrants entering Uganda.

The government of Uganda gives each refugee household a plot of land to cultivate and materials to build a basic shelter.

“Where else in the world could 22,000 refugees be resettled and given a plot of land so quickly after arriving?” asked Grandi.

He said South Sudanese people “who have fled from the most appalling violence and hardship” were being let down by an international community that “has not upheld their responsibilities in the manner that it should”.

Grandi also appealed to the leaders of South Sudan to “behave responsibly”.

“There’s fighting, tribal divisions, power struggles between individuals and leaders: this has to stop,” he said, adding that during his visit he had heard multiple testimonies from survivors of violent attacks, rape, killings and abductions.