Matthew Rycroft, an ambassador and permanent representative of the United Kingdom (UK) to the United Nations (UN) has described as a ‘shame’ the inability of the Security Council to agree on an arms embargo on South Sudan.

Matthew however welcomed the boosted 4,000 UN force but maintained that it was disappointing that any UNSC member could be against the decision to halt arms to Africa’s youngest nation which is suffering from renewed violence.

‘‘Welcome boosted UN force in South Sudan. But shame arms embargo not agreed – disappointing any UNSC members could be against it. #HaltArms,’‘ his post on social media platform Twitter read.

Welcome boosted UN force in South Sudan. But shame arms embargo not agreed – disappointing any UNSC members could be against it. #HaltArms.

Welcome boosted UN force in #SouthSudan. But shame arms embargo not agreed – disappointing any #UNSC members could be against it. #HaltArms

The UN Security Council recently approved the deployment of 4,000 extra troops to join its existing force in South Sudan after violent clashes between forces loyal to president Salva Kiir and his now deposed vice president Riek Machar in the capital Juba.

President Salva Kiir in the latest twist on the UNSC’s decision assured on Monday that he is not opposed to deployment of additional UN peacekeepers in the country, but however called for further discussion on the subject.

“We must engage in dialogue and exchange ideas on how best to move forward instead of being presented with a fait accompli by outsiders,” Kiir said in parliament in Juba.

Meanwhile, humanitarian groups continue their activities in trying to help civilian populations fleeing the violence in the country. Some countries including the US, India, Germany, Kenya and Uganda evacuated their citizens from the country following the violence.

Human Rights Watch group continue their advocacy along with Oxfam, calling for an arms embargo to be imposed on the country. 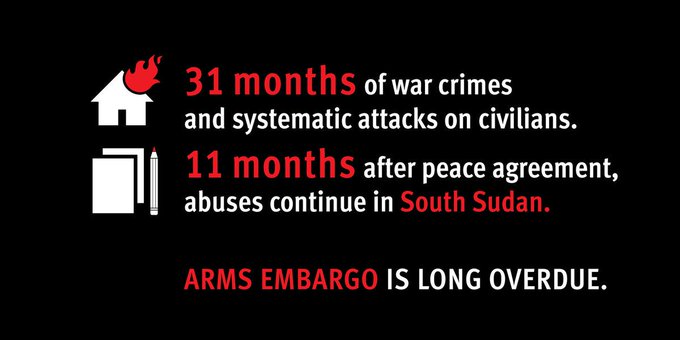 The regional political group in the Horn of Africa, the Intergovernmental Authority on Development (IGAD) had before the UN, resolved that there was need for extra troops to back the UN mission in the young nation.

President Kiir replaced his vice president who left Juba following the clashes with former Mines Minister, Taban Deng Gai who was sworn into office after Machar left the capital citing fear for his life. His camp described his replacement as unconstitutional.