Top South African wedding presenter, Nomsa Buthelezi has helped many couples walk down the aisle and now she’s preparing for her big day after announcing the date of her upcoming wedding

As the host of the country’s favourite wedding show, Our Perfect Wedding, Nomsa has watched a number of loved-up couples from around Mzansi say “I do” on their special days.

Nomsa has warmed the hearts of viewers as one of the reality show’s most engaging hosts in recent history and now it will be her turn to plan her very own perfect wedding (although we’re not sure if we’ll all get to watch it on national television!).

Nomsa’s wedding is important for a number of reasons

Not only does she deserve the wedding of her dreams after helping countless other couples experience theirs; but her marriage is symbolic for the entire South African LGBTI+ community. The presenter will be marrying her lover, Zandile Shezi – also a woman – despite the homophobic backlash their relationship has received over the years.

And now it looks like they are taking their love all the way to the aisle with a wedding that will take place in November 2019.

Nomsa revealed the date of the upcoming ceremony to Sunday World before adding that it will take place somewhere between Gauteng and Kwa-Zulu Natal.

Our Perfect Wedding host Nomsa Buthelezi and her partner Zandile Shezi will be exchanging vows soon. Buthelezi has revealed that her wedding is set to take place between Gauteng and KwaZulu-Natal in November 2019.

As an openly gay public figure, Nomsa is well aware of the impact that her relationship and soon-to-be marriage has had on other lesbian couples in South Africa

In an interview with Tshisa Live last year, the presenter opened up about how she hoped to inspire other same-sex couples despite the challenging circumstances they face.

“It was hard. Usually coming out as a woman who dates other women is not easy, especially in the townships. We are always scared of the reaction.

“But I decided this month, I’ll share my love and also encourage other women to say, ‘Hey, this is me’. To say that I will date whoever makes me happy.”

FOR YEARS I TRIED TO FIT IN BECAUSE I FEARED THE UNKNOWN..HAIBO GUYS THERE IS MY BAE AND IM FULL OF LIFE… ❤❤❤ DEAR ZANDILE SHEZI I LOVE YOU MY KING #SameLove @gaysocietysa 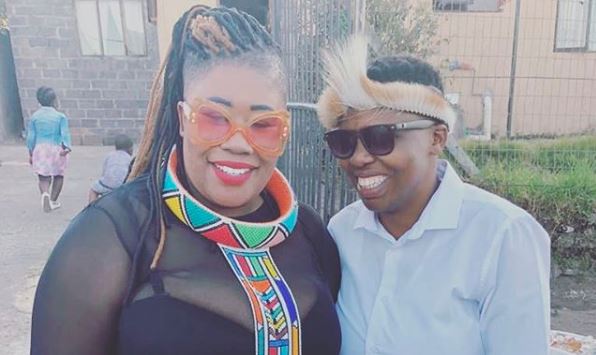