Nigeria’s official entry to the Oscar “Best International (Foreign Language) Film”, The Lionheart by Genevieve Nnaji has been disqualified based on ineligibility arising from the fact that majority of the movie was performed in “English Language”. The Oscar awards consider international movies to be in languages other than English (and perhaps French) but it would appear the Nigerian committee did not read the eligibility criteria or even did the basic due diligence before selecting a movie that was ineligible to represent Nigeria despite the clearly spelt out rules.

Nigerians are taking the news with lots of anger and vexation because they feel the Oscar committee ought to understand that English is the official language spoken in Nigeria where there are over 700 other smaller languages, a such there was no other way the movie couldn’t have not been in English because the indigenous languages are too many. Other feel it is an act of discrimination by the committee because they know Nigeria is an English speaking country but demand SAT, IELETS and other English exams to admit Nigerians but claim Nigerian entry at the Oscars was ineligible because it was done in English language.

What are your thoughts on this? was the disqualification justified or should the oscars have bent the rules for Nigeria’s entry?

Here is Genevieve Nnaji’s response to it:

I am the director of Lionheart. This movie represents the way we speak as Nigerians. This includes English which acts as a bridge between the 500+ languages spoken in our country; thereby making us #OneNigeria. @TheAcademy”

“2/2 It’s no different to how French connects communities in former French colonies. We did not choose who colonized us. As ever, this film and many like it, is proudly Nigerian. @TheAcademy” 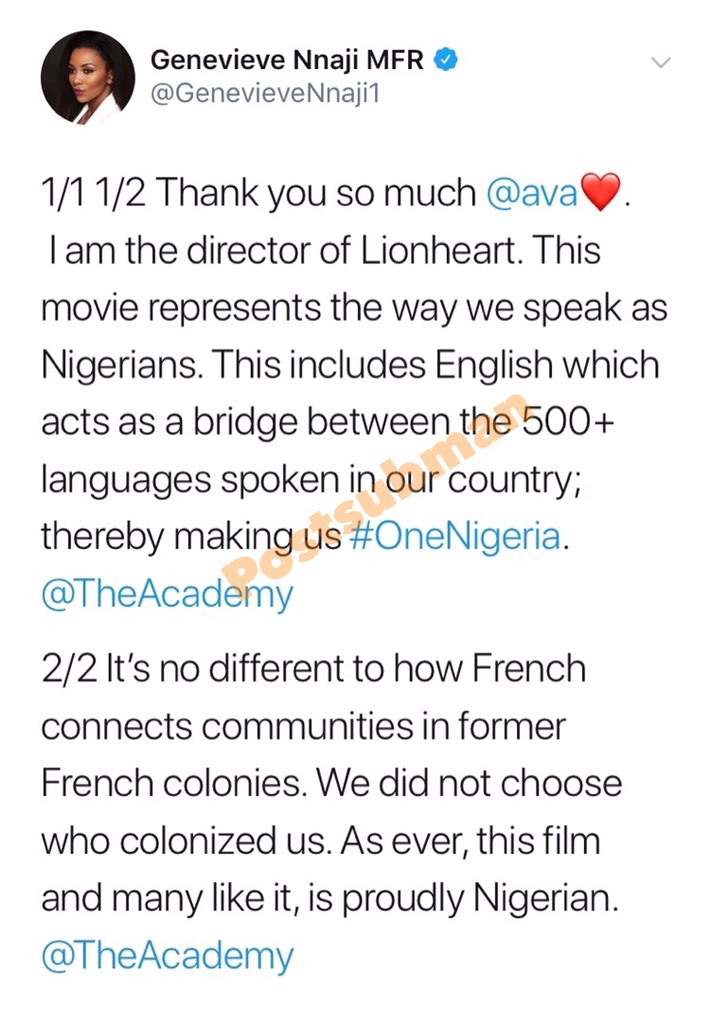 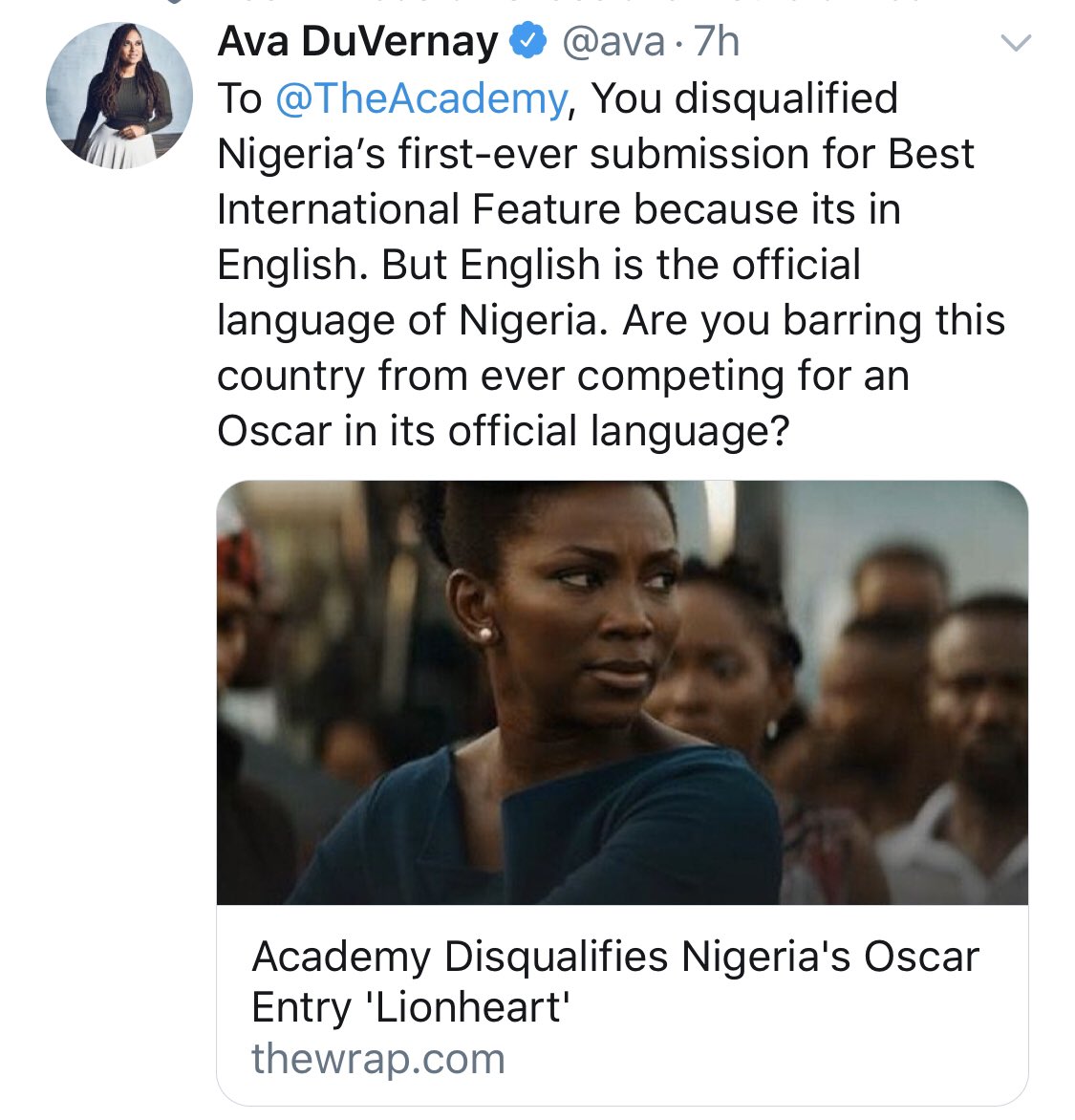 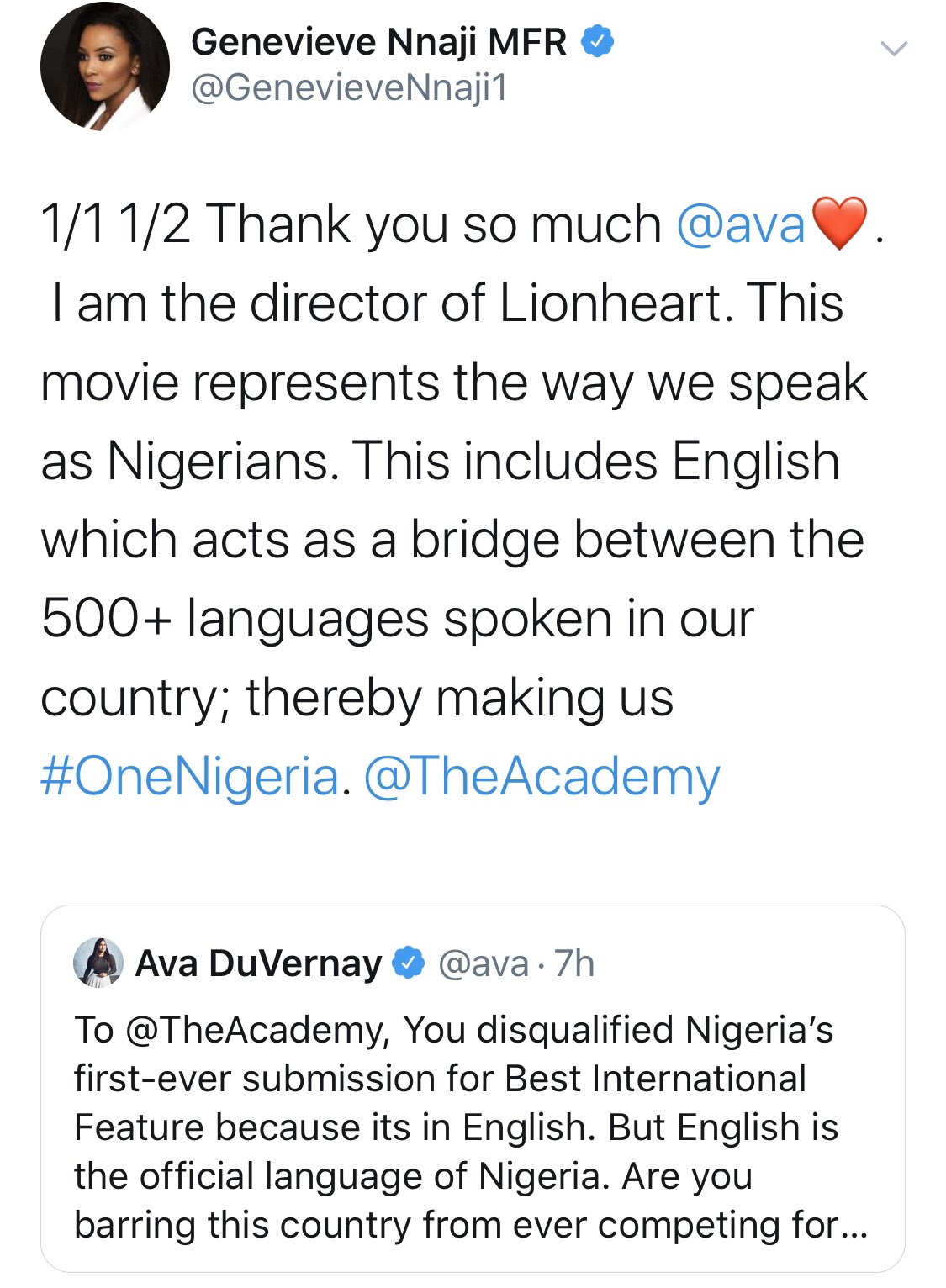 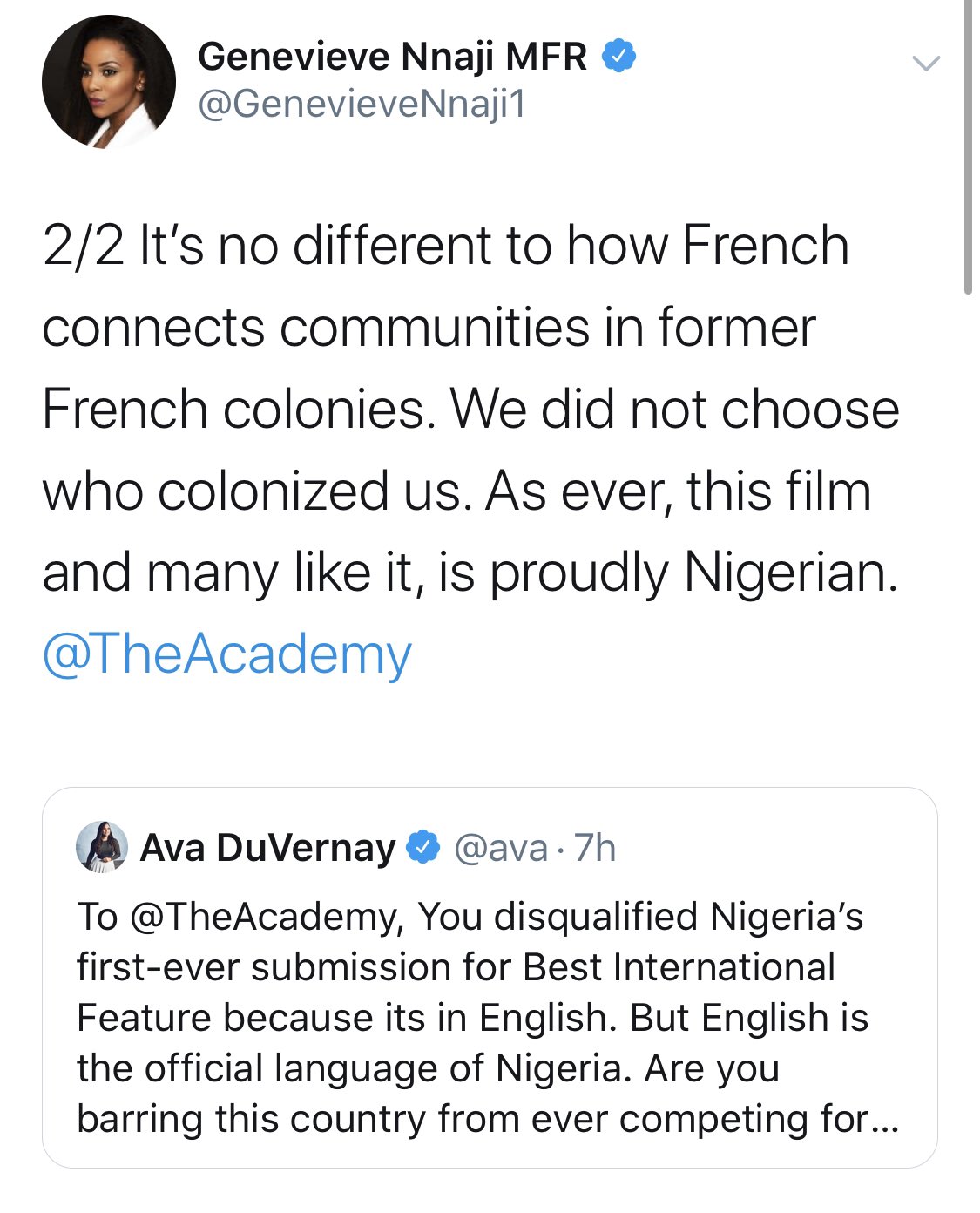