This comes after his second offering for the year, following the release of his previous output ‘Ariva‘ which was produced by Spellz. 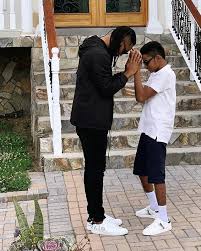 The song was produced by heavyweight music producer, Masterkraft and Visual Code delivers the stunning visual for this captivating gospel track. It shot in Washington DC in conjunction with the Chinedu Okoli Foundation and the TIS Foundation.