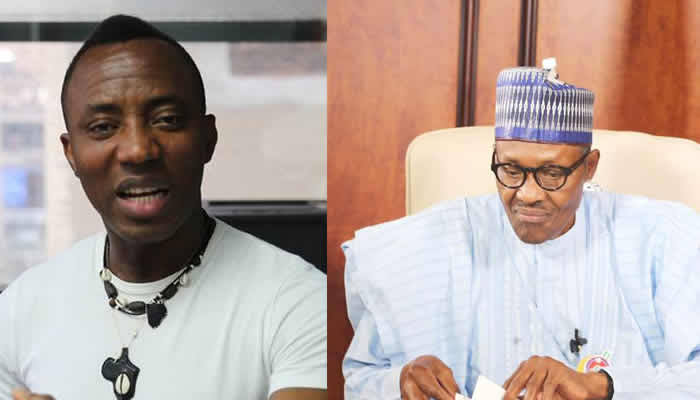 He also accused Nigerians of being too complacent in moments when they should act.

Banky W made his position known in a music video posted on his Instagram page with hashtag #BetterChallenge.

He said, “You see the story is the same old one, you want change but you won’t vote? Then complaining is a not the thing.

“Who go represent you? When they enter office, they will get what they paid for. Na double wahala for everybody.”

The video went on to show CCTV footage of Sowore’s arrest by operatives of the Department of State Services in Lagos on August 3.

He added, “They arrest protestor and protect dishonourable senators. Who be the meat, who be the hunter? Too many days for the thief, one day for the owner.”