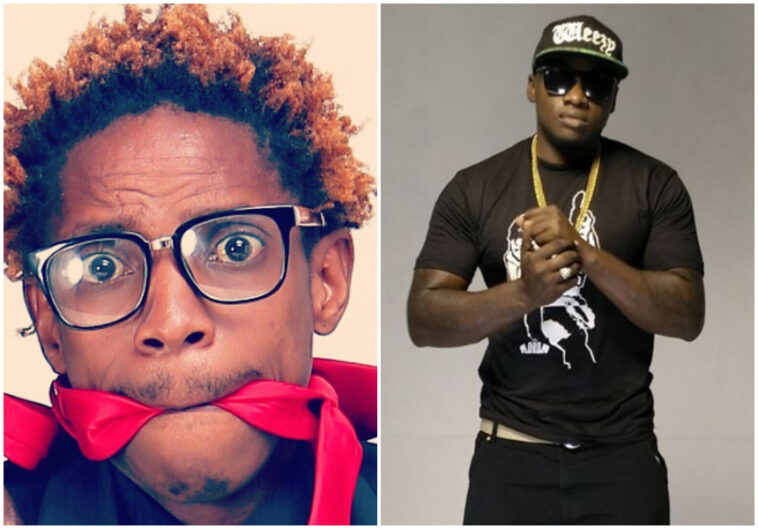 The beef between Eric Omondi and Khaligraph Jones keeps getting hotter, with the competition of who is more muscular than the other, attracting public attention.

It all started with a photo of the award-winning comedian flexing his fairly well-built muscles and hitting back at Khaligraph, daring him to go to battle with him.

Looking unmoved by Eric’s cheap threats, the OG instead wished him a fruitful body-building journey, while comparing him to the likes of Sauti Sol’s Savara and Bien Aime.

Eric Omondi made a comeback, in a cryptic post questioning;

No pointing fingers but it was obvious he was clapping back at the Kenyan rapper.

Khaligraph who got the memo soon enough, decided to take the beef a notch higher, by bringing in comedian Njugush who has been spending quality time in the gym recently.

According to Khaligraph, Njugush is doing way better than Eric Omondi, posing;

“@bienaimesol Big up My G, I see you Back in The Gym, kill those weights @ericomondi asikutishie.”

His post saw fans burst into laughter including Bien, Njugush and Eric Omondi as they watched the drama unfold.

But who is Eric Omondi to accept defeat without a fight?

This time, he went extra. Unearthing rusty throwback photos of Khaligraph Jones, when he was quite of a hustler, humble and much slimmer that he currently is.

“Kijana mdogo amekuja Nairobi Juzi, anabishana na wazee. By the time am done with you, utakua umerudi back to factory setting. Taka taka ya Ghasia.”

An embarrassed Khaligraph hit back at the comedian dissing him for trying all means possible, including unearthing photos of him a decade ago, just to prove a point.