There are so many acts of kindness that are capable of leaving an indelible mark on us, it could be more special when it’s coming from a total stranger and even more breathtaking if the stranger is a familiar on; a celebrity.

The story of a twitter user identified as @adolbarbie is a special one because not only did she receive an act of kindness, it was from a peculiar stranger who turned out to be Hilda Dokubo.

@adolbarbie shared her story on twitter after twitter users were charged by another user to share the memorable acts of kindness they have received from total strangers in the past. Her story got everyone’s attention because it was the story of how she was saved from further shame by Hilda Dokubo when the actress covered her with her expensive scarf at a wedding they both attended after her period started without signs while others laughed at her.

Sooooo many random acts of kindness I’ve experienced in life I wish I could share but let’s go with just that one…. God is good people, God is good Was at a wedding with a bright orange dress, my period started early, no signs nothing, everyone was moping and laughing, Hilda Dokubo came up to/covered me up with her expensive scarf and said ‘happens to us all baby’�� So random, so sweet. And Twas Hilda. I kept the scarf of course. …I’m sure she doesn’t even remember.” She wrote.
It is certainly a little act of kindness that will not be forgotten in a lifetime. Hilda just proved that she is as beautiful on the inside as she is outside. 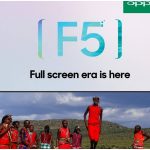