Founder and leader of International God’s Way Church, Bishop Daniel Obinim has become a topic for discussion after he took time off his busy schedule to give a breakdown of ‘Second Sermon’, a song composed and performed by secular musician Black Sherif.

The song tells the story of how the refusal of a member of a team, Kweku Frimpong, to release monies the group made from a street transaction they all pulled through sparked fury. The irate youth, numbering twelve, besieges Kweku Frimpong’s home and orders him to do the needful or face the wrath.

Black Sherif who seeks to trumpet the woes of the youth in the song, while observing a moment of silence for a relative, sings that he has had to embrace a lifestyle he is not proud of for survival.

The song, since its release on July 16, 2021, has become a street anthem, garnering close to two million views.

In a video clip which has gone viral, Bishop Obinim, clad in a blue-black suit, could be seen gently repeating the lyrics of the song and explaining in detail what the concept is.

“I pay particular attention to every song I listen to,” Obinim said as he set the tone for the breakdown. “A transaction has been successful and one person wants to keep all the money. So all the boys who are to benefit go to his house and ask him to come down from the storey-building. They want to face him and take their part of the transaction.”

Obinim has since taken over the first spot on Twitter trends as tweeps express their views on his video. 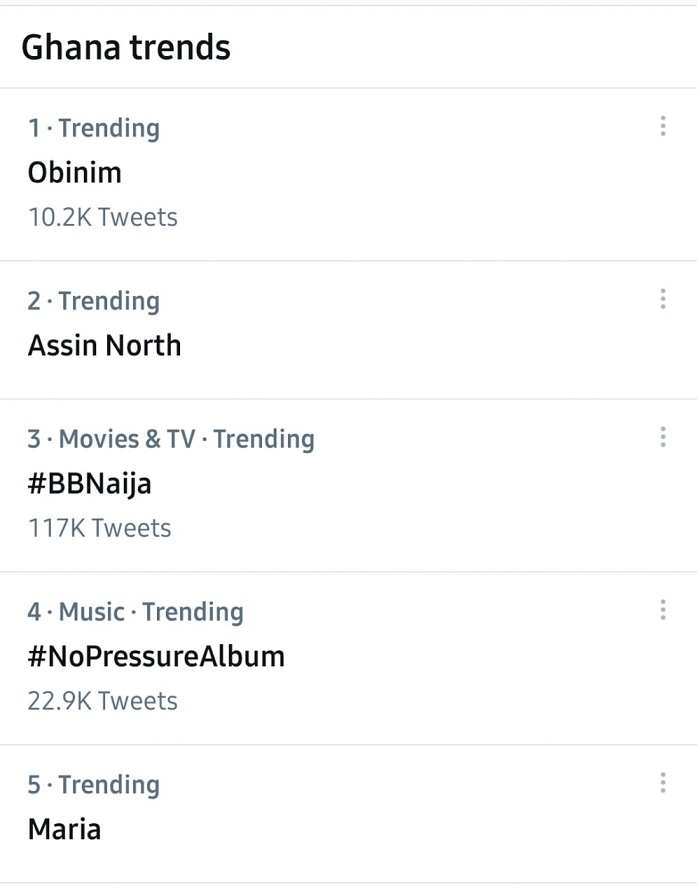