Ghanaian leading actresses, Benedicta Gafah and Gloria Osei Sarfo have been named as the new ambassadors for JaGhafest 2019. Last week, Kalybos and James Gardiner were listed.

The two ladies together with the gentlemen are tipped to influence JaGhafest with their great following to boost the maiden edition of the festival.

Benedicta Gafah who is also a film producer has been featured in both Ghallywood and Kumawood movies; notable among them includes “Mirror Girl”, “Azonto Ghost” and “April Fool”.

Gloria Osei Sarfo who virtually took over the creeks in many houses every week on the popular “Efiewura” TV Series is super excited to be on board. She dropped an endorsement video for JaGhafest online Gee hours ago and calling for patrons to support JaGhafest 2019, set for March 9 and March 10.

She is an actress, voice over artiste and a presenter. She has featured in movies like “Friday Night”, “The Most Beautiful Hour” and others. She came to limelight when she featured in local sitcom Efiewura.

JaGhafest promise to be a yearly event after this year. Freddie McGregor, Charly Black, Alaine, Natel, Duane Stephenson, Ikaya, TK, ZJ Sparks, Coppershot have been mentioned as performers from Jamaica with more names likely to be added as surprises. 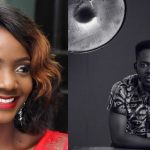