Somalia has another president in the person of Mohamed Abdullahi Farmajo. Farmajo, a former Prime Minister was declared  the winner of the polls after incumbent Hassan Sheik Mohamud conceded just when the process was at  the  last round. He was instantly sworn into office within the presence of the parliamentarians – from Upper and Lower house of the legislature.

His victory means Somalia maintains the culture of electing a new President at each election. Farmajo got 184 votes against Hassan Sheikh’s 95 votes. A third candidate secured 45 votes. He will now handle affairs of the state for the next four years. Somalia hopes to be able to conduct a normal universal adult suffrage vote by the next polls slated for 2020.

Hassan Sheikh won the first round of votes which saw the original number of 21 candidates pruned to four. Out of that number, PM Sharmake also dropped out citing interference in the process. He however tasked electors to vote for change – a sign that he was not backing the candidature of Hassan Sheikh. 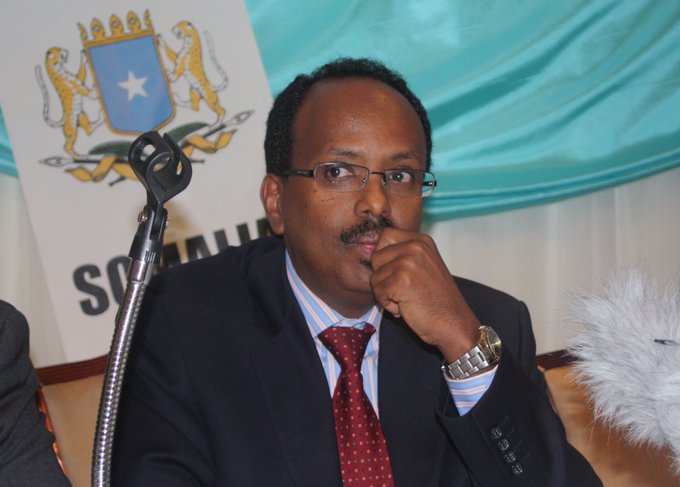 The one-time prime minister under former president Ahmed, Mohamed Abdullahi Mohamed, entered the race after failing to win the election in 2012 despite his popularity.

He served as a prime minister for less than a year before he was forced to resign under a deal supported by the population who protested when he refused initially.