The two leaders consented to a several bilateral arrangements among them the construction  of two major link roads. The roads will link southern and centrall Ethiopia to Bor in central South Sudan and further north to the oil fields in Palouge as per the East African.

“When they get the peace back and the economy gets stronger, they will pay us back,” said Mr Hailemariam, signalling that Ethiopia would likely finance the roads construction.

The construction of the Gambella–Pagak–Palouge and Dima–Raad–Boma–Bor roads that link the neighbouring countries were made a priority in their agreements although the roads on the Ethiopian side are already complete.

The two leaders also agreed to form a joint committee to strengthen cooperation on security, trade, and development along the borders. The two nations agreed on common border security.

Memorandum of Understanding on health, energy, and on communication, information and the media were also signed.

President Kiir, along with several of his Cabinet members, arrived in Addis Ababa Thursday for a state visit. 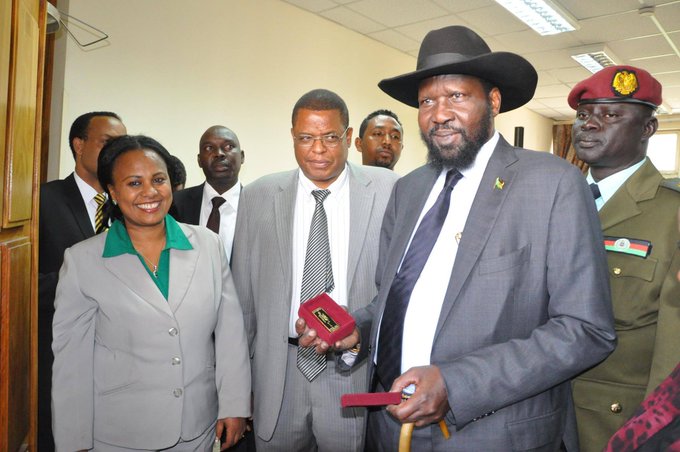