Juan Joya Borja, the Spanish comedian and actor known as “El Risitas” and the face behind the iconic “Spanish Laughing Guy” meme, has died at the age of 65.

Borja found global fame with his infectious laughter when he was interviewed on a Spanish variety show called “Ratones Coloraos” in 2007.

He died on Wednesday afternoon, April 28 at the Virgen del Rocío Hospital in Seville after a relapse of his disease, according to sources consulted by the ABC Sevilla.

The comedian was admitted for health issues last year. In March 2021, he thanked fans for organising a fundraising campaign to buy him an electric mobility scooter after one of his legs was amputated.

Actor and film director, Santiago Segura is among thoses who have taken to social media to mourn his death.

“Very sad news … Juan Joya has passed away “, confirmed the filmmaker and director of the Torrente films – he featured in. 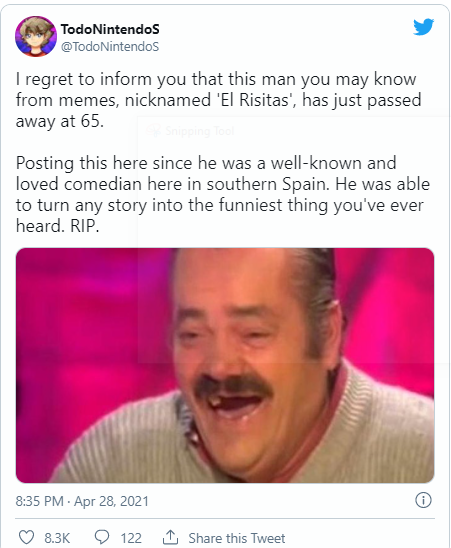 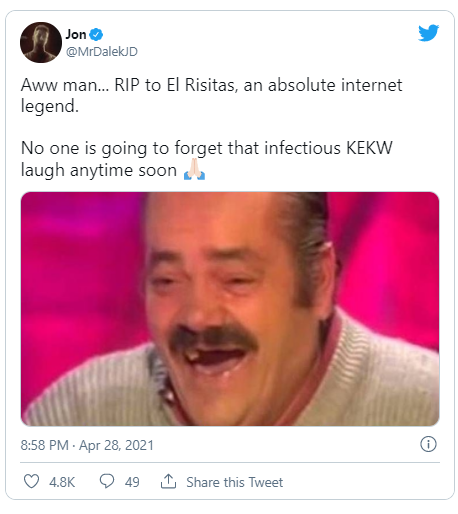 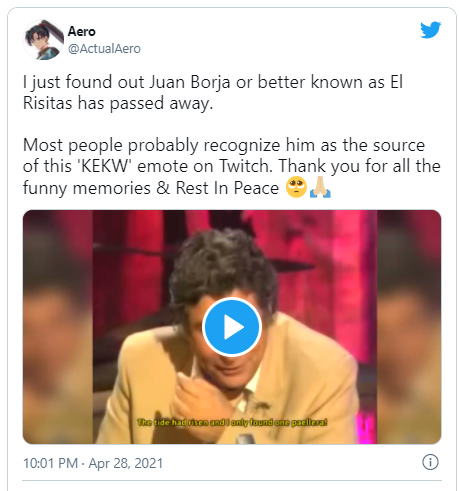 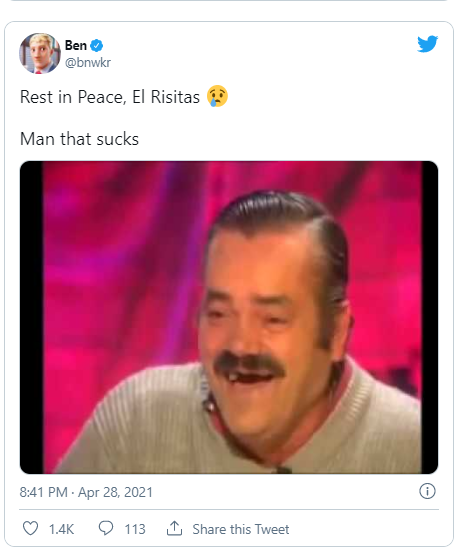