The ringing of the opening bell at the New York Stock Exchange is critical to the orderly functioning of the marketplace, assuring that no trades take place before the opening or after the close. The colourful tradition signifies the opening or closing of the day’s trading.

The ringing the New York Stock Exchange bell is an honour usually bestowed on business executives, CEOs and celebrities.

DJ Cuppy is the first Nigerian entertainer to ring the bell at the New York Stock Exchange. The “Gelato” crooner was granted the honour to ring the NYSE opening bell in the company of the vice-president, NYSE listings, Chris Taylor.

Ringing the Opening Bell for the New York Stock Exchange at 26 years old is a memory I will always treasure! Thank you @GlblCtzn 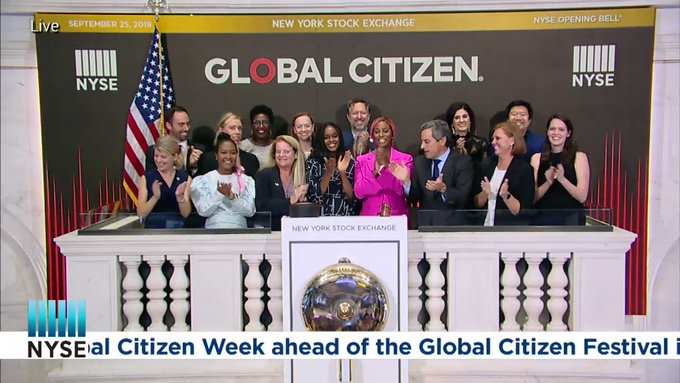 The 26-year-old daughter of billionaire Femi Otedola was joined on the podium by Nigerian-Canadian Alternative Soul & Afrobeats artist, Falana who recently concluded her Chapter One Tour across four cities in Africa.

She also featured on shows such as E! Reality’s “House of DvF” where she gained maximum exposure. She was crowned the Best Female DJ for 2015 at the Nigeria Entertainment Awards (NEA).