European companies are exporting highly polluted, high-sulphur diesel to African countries according to a report published by a Swiss non-governmental organisation, Public Eye.

The report dubbed dirty diesel indicates that commodity-trading firms in Switzerland have been taking advantage of weak fuel standards in Africa to produce, deliver and sell diesel and gasoline. 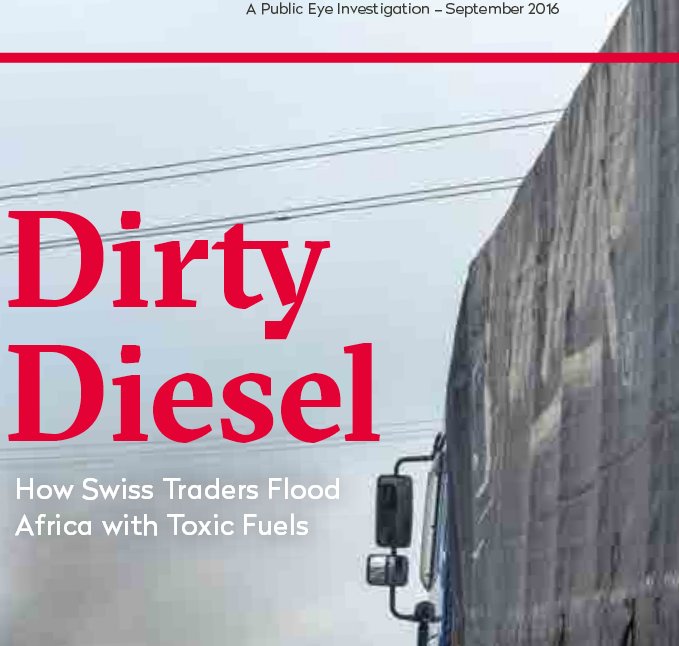 The fuel which contains high levels of sulphur as well as other toxic substances is said to have an impact on peoples health.

“By selling such fuels at the pump in Africa, the traders increase outdoor air pollution, causing respiratory disease and premature death,” read an excerpt from the report.

The report further insinuates that West African countries are highly targeted because of the lack of refining capacity to produce enough gasoline and diesel for their own consumption.

In regards to Swiss trading companies exploiting weak fuel standards in Africa, the Public Eye has called on such firms to curb this practice.

“If left unchanged their practices will kill more and more people across the continent.”

According to reports, three of the companies mentioned in the findings have responded to the allegations and stated that they meet the regulatory requirements of the market.