Davidos second little girl, Hailey turned two and throughout the end of the week there was a party held in her honor in the United States of America.

Davido took to his Instagram page on Sunday, May 12, 2019, where he shared a photograph and video of his adorable little girl on her special day. He proceeded to caption the photographs with an extremely charming title.

A number of family and friends of Davido like Dremo, Sina Rambo, Tunde Ednut, and Shizi showed up to spice up the day for the birthday girl.

It’s no news that Davido’s love for his daughters is absolutely genuine. He has never failed to show off how much he loves on them on social media. 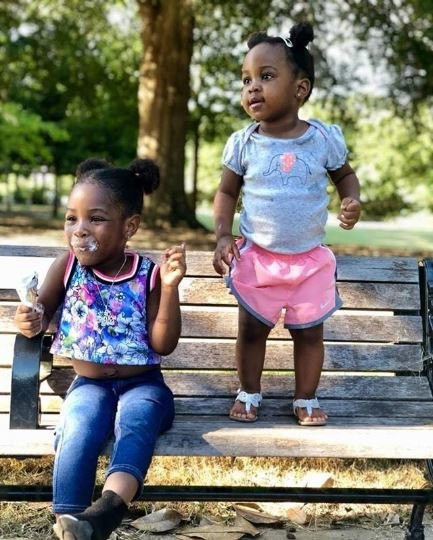 Back in 2018, Davido’s two daughters, Imade and Hailey were both spotted having a nice vacation together in the United States of America with their mums. The singer’s baby mamas apparently have a cordial relationship as they both shared photos and videos of their girls having a nice time together.

For Sophia Momodu she shared a number of photos on her Instagram showing that they indeed are bonding.

Davido’s second baby mama, Amanda who lives a very private life with her daughter, Hailey was also been very fruitful with photos of the activities the Adeleke girls have been up to.